Andy and I went to Dungeness again today. I don't need to say how much I love it there as I am sure I may have mentioned it before. Lots of people there today, including people doing this strange sport. Kite surfing I imagine it is called but I don't know. We had fish and chips in the car overlooking the beach, as the pubs were heaving. We had just started to eat when we were treated ( I speak sarcastically) to the sight of a young man's goose pimply bottom as he hastily got changed next to his orange surfmobile. The fish and chips were not spoilt however! 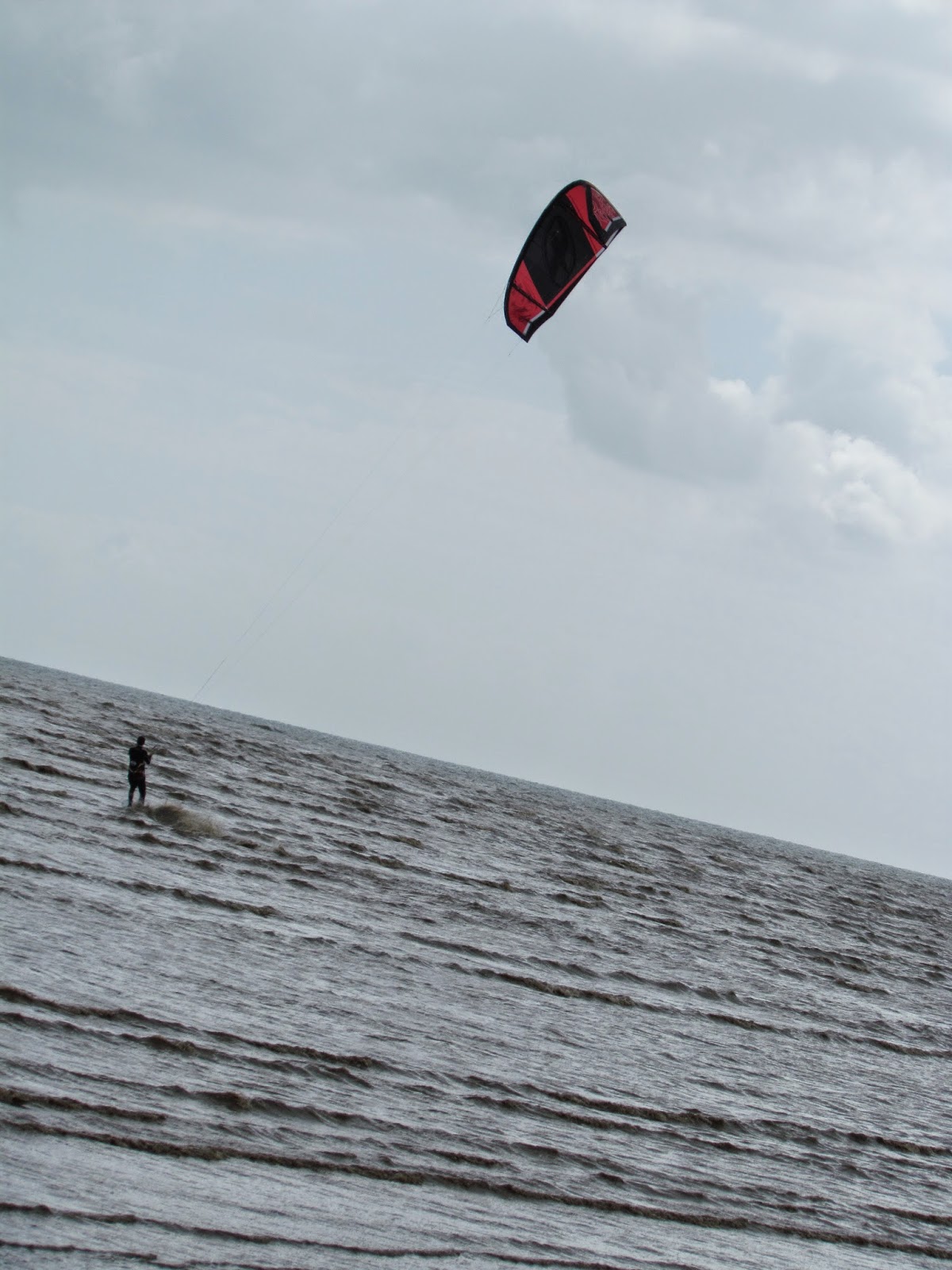 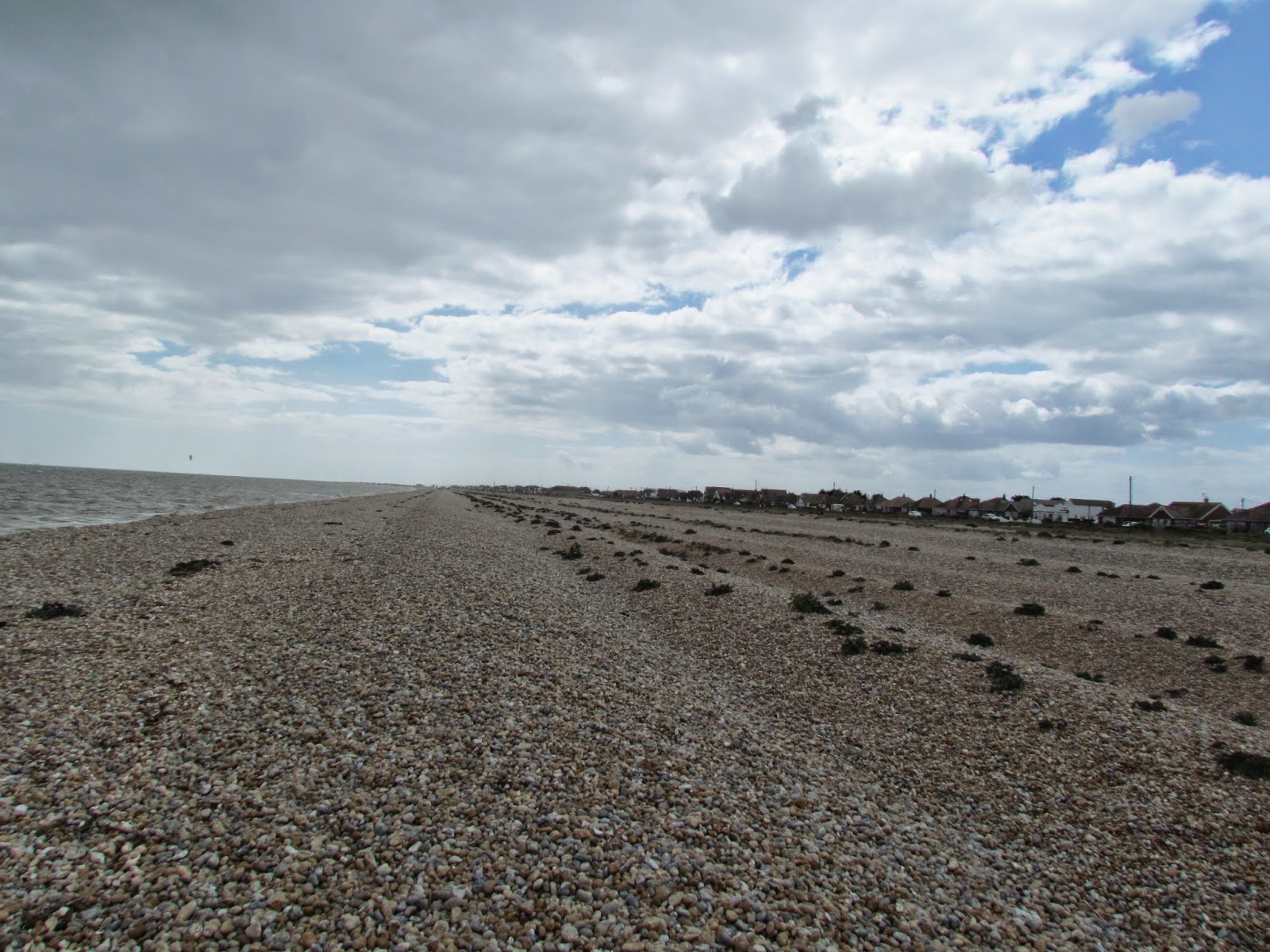 The sea looked very muddy. When the sun came out it turned parts of it this strange green, though it was greener than this in reality. 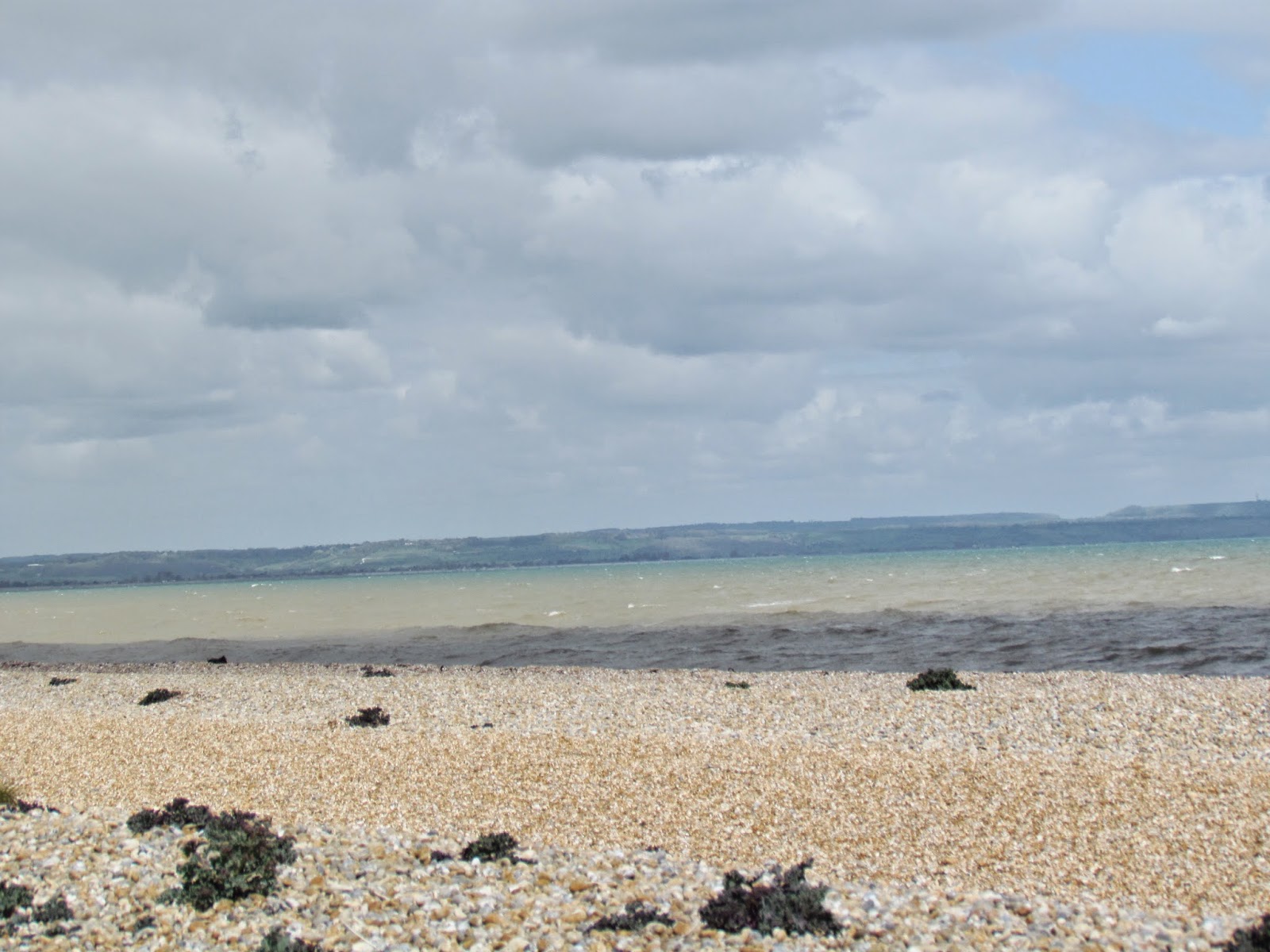 This is Prospect Cottage, Derek Jarman's home. I have never taken a photo of it before as I feel it is still someone's home and it seems like an invasion of privacy to do so. However, today there was a whole family tramping around the garden so I thought 'why not?' 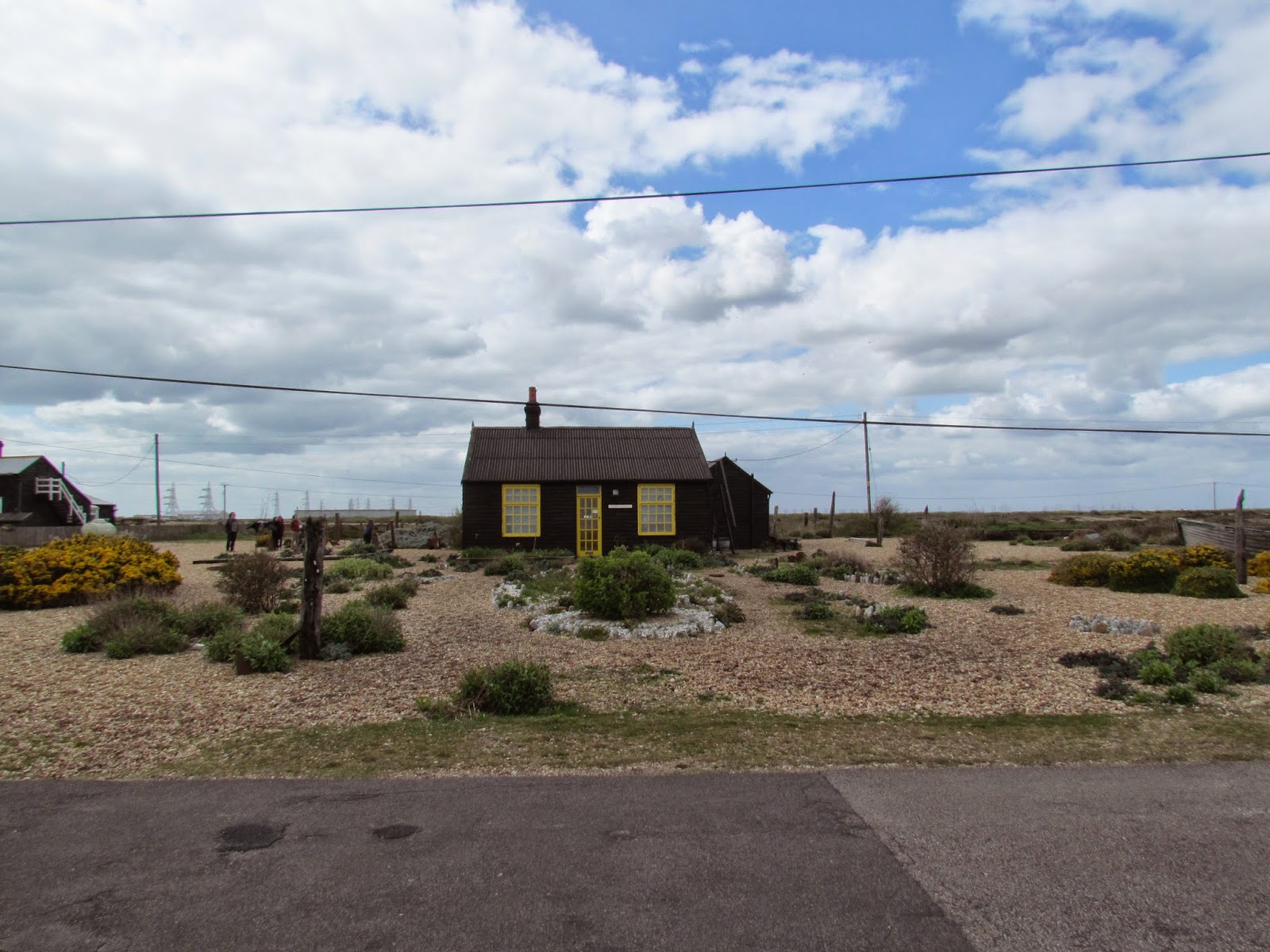 This is Katsuma. He is a Moshi Monster. I know nothing about them other than the children in my class really like them. I found him and a soft toy talking version of another one called Poppet in the charity shops in Morningside. He was 30p and just had to come home with me. I took him to Dungeness to take photos of him on the beach but forgot at first. He likes Derek Jarman's house. And his weird distorted reflection in my car bonnet. 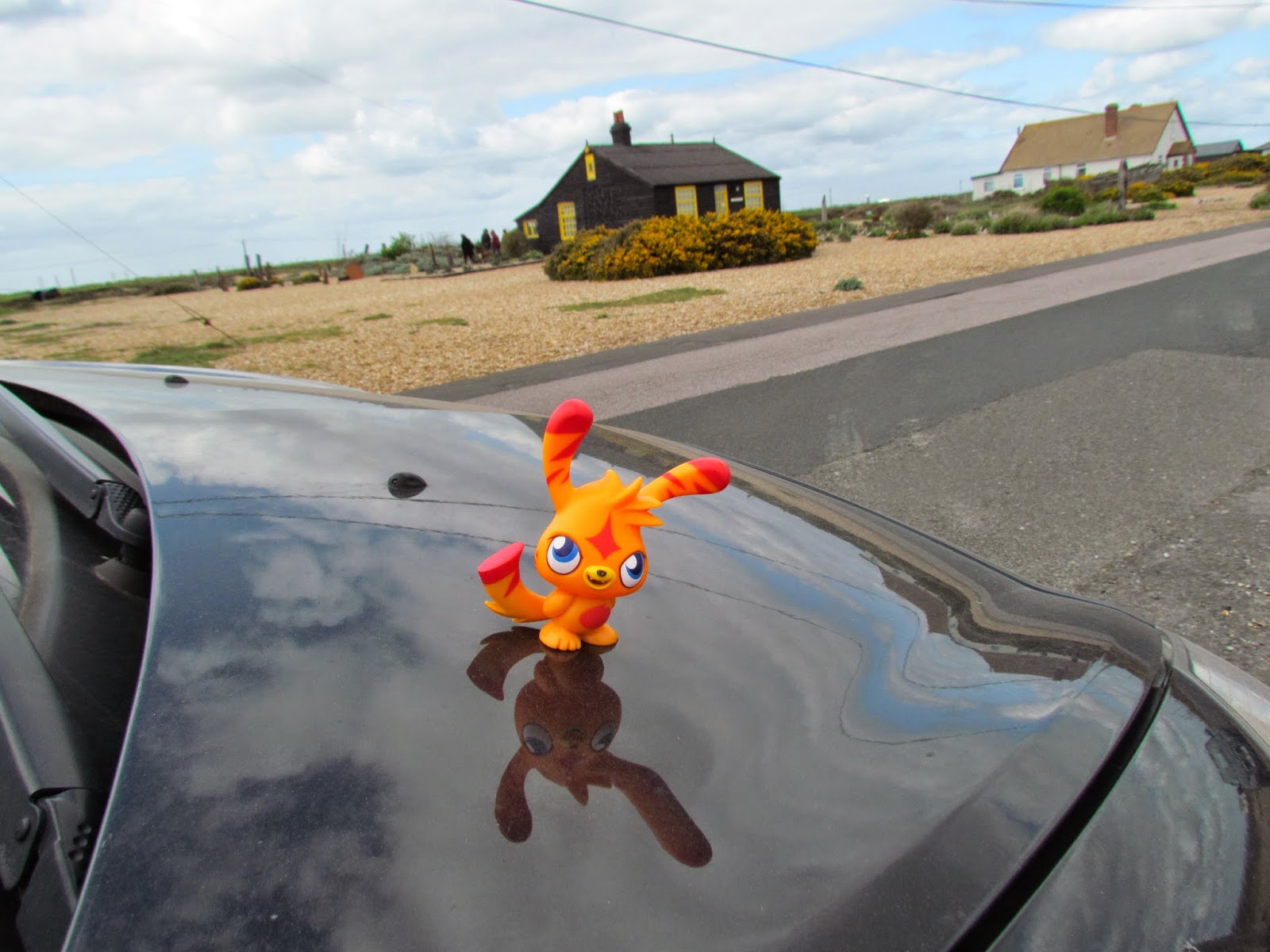 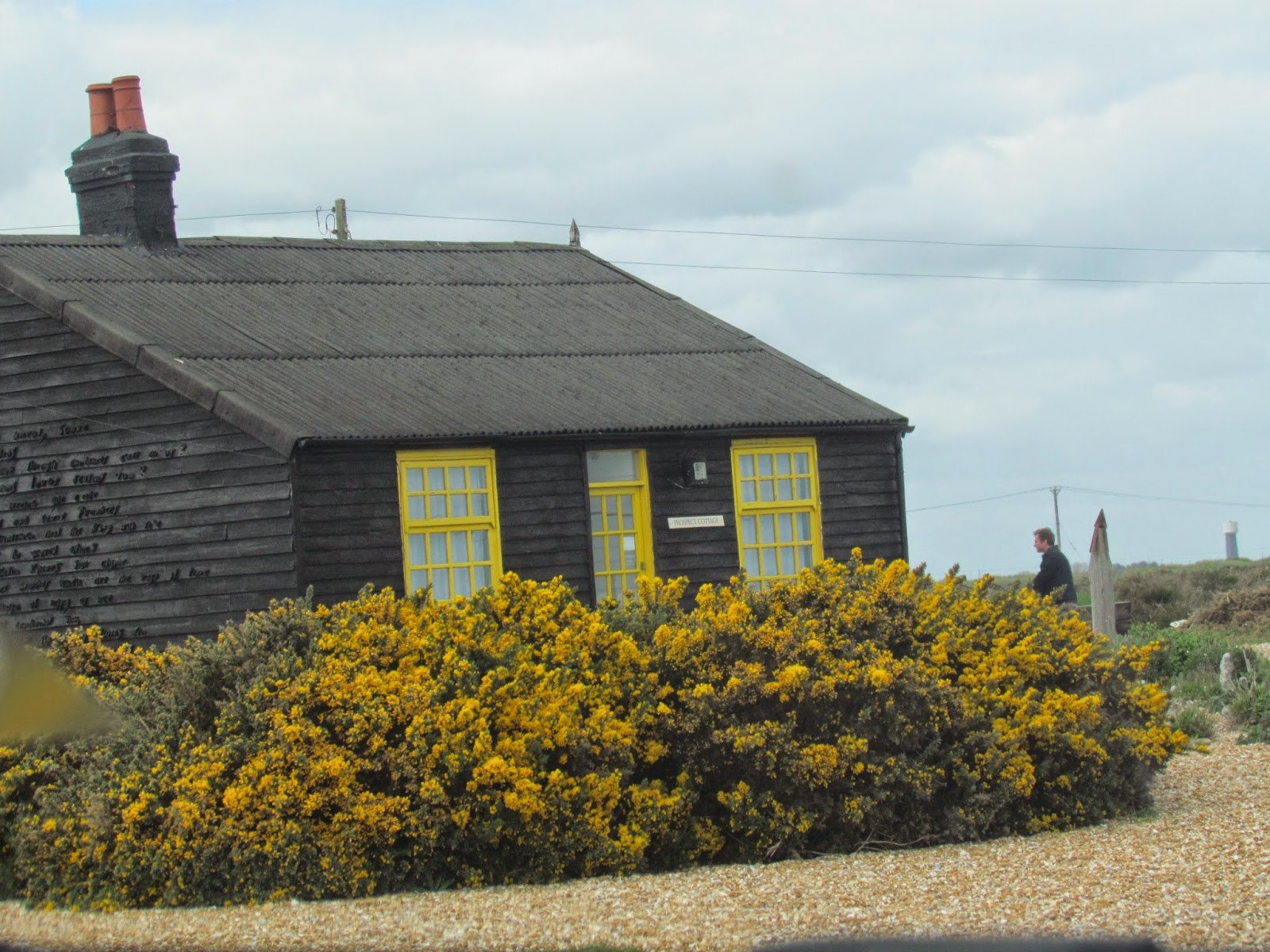 Coast Drive, opposite the carpark and near the chip shop and railway line for the miniature train. 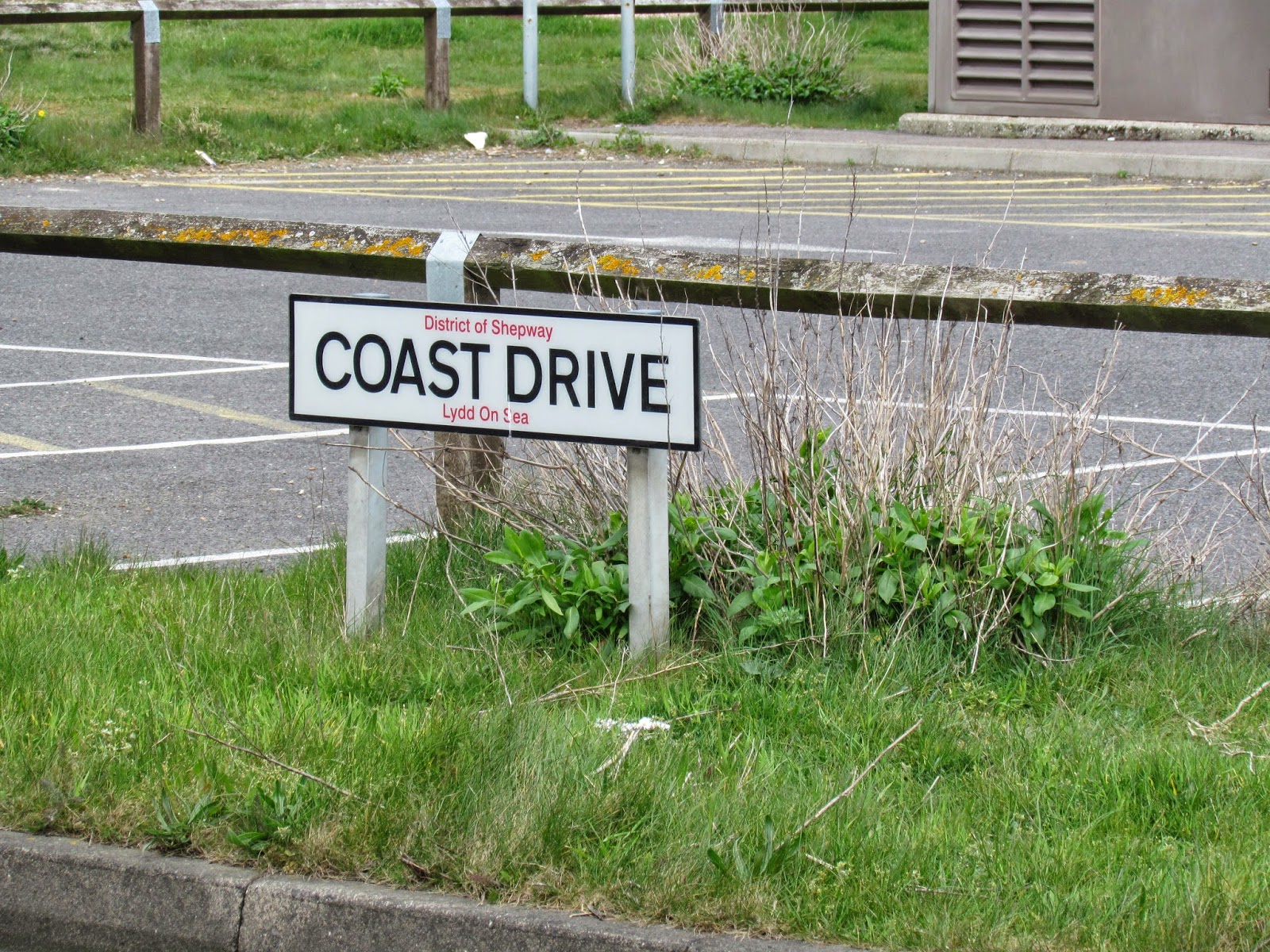 Look out, the tiny train is coming! 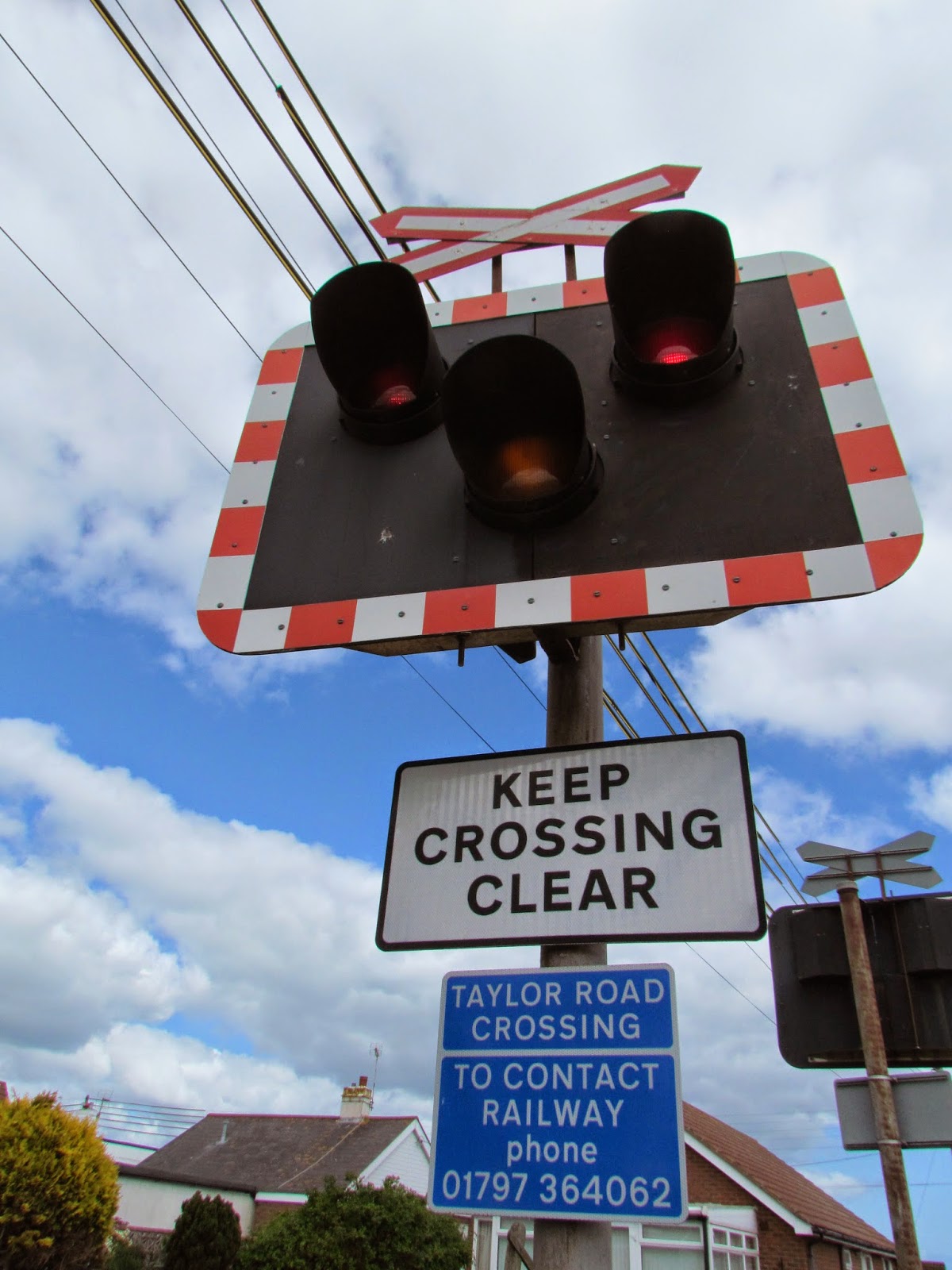 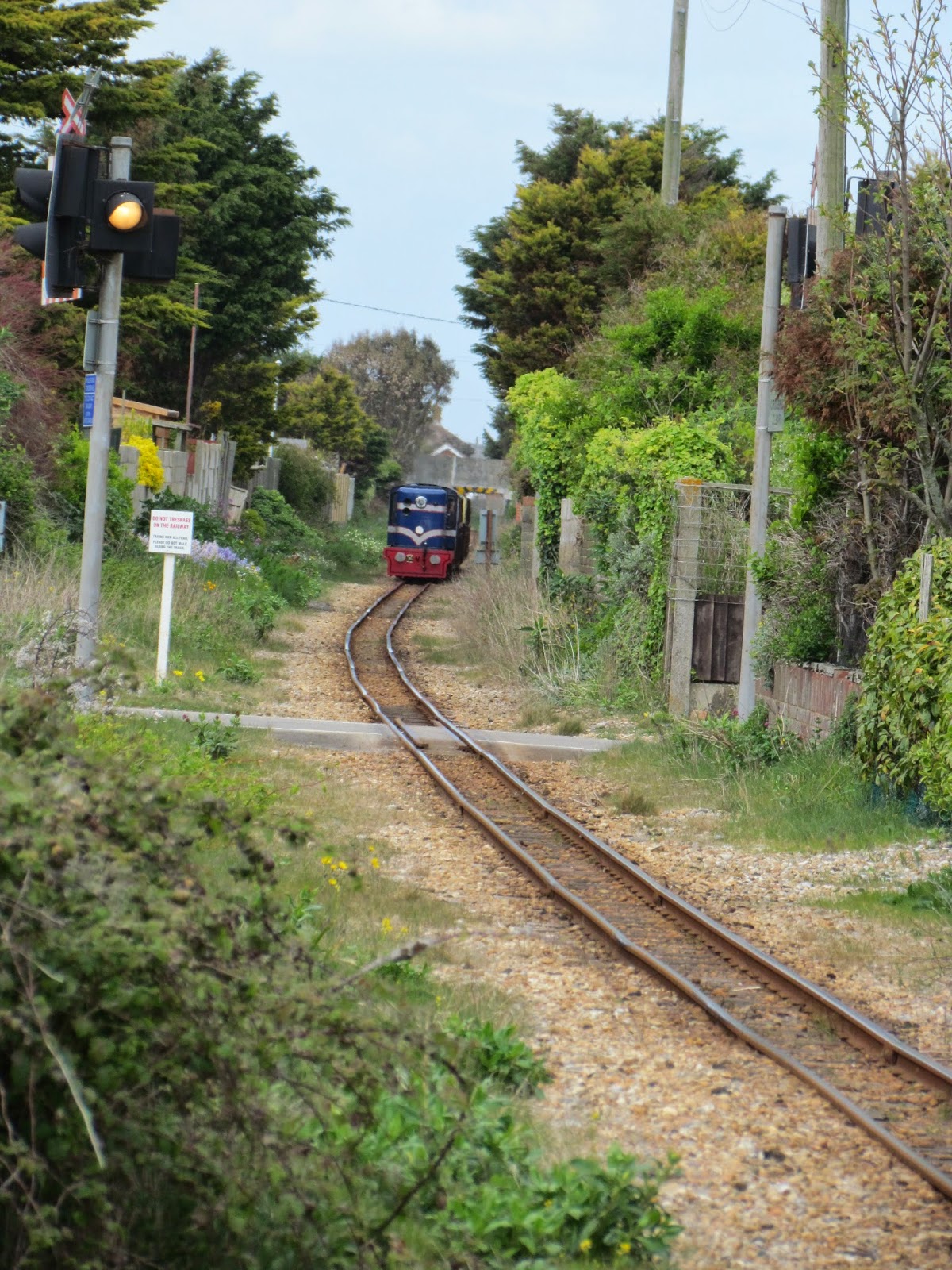 Beautiful euphorbia in front of this round building. 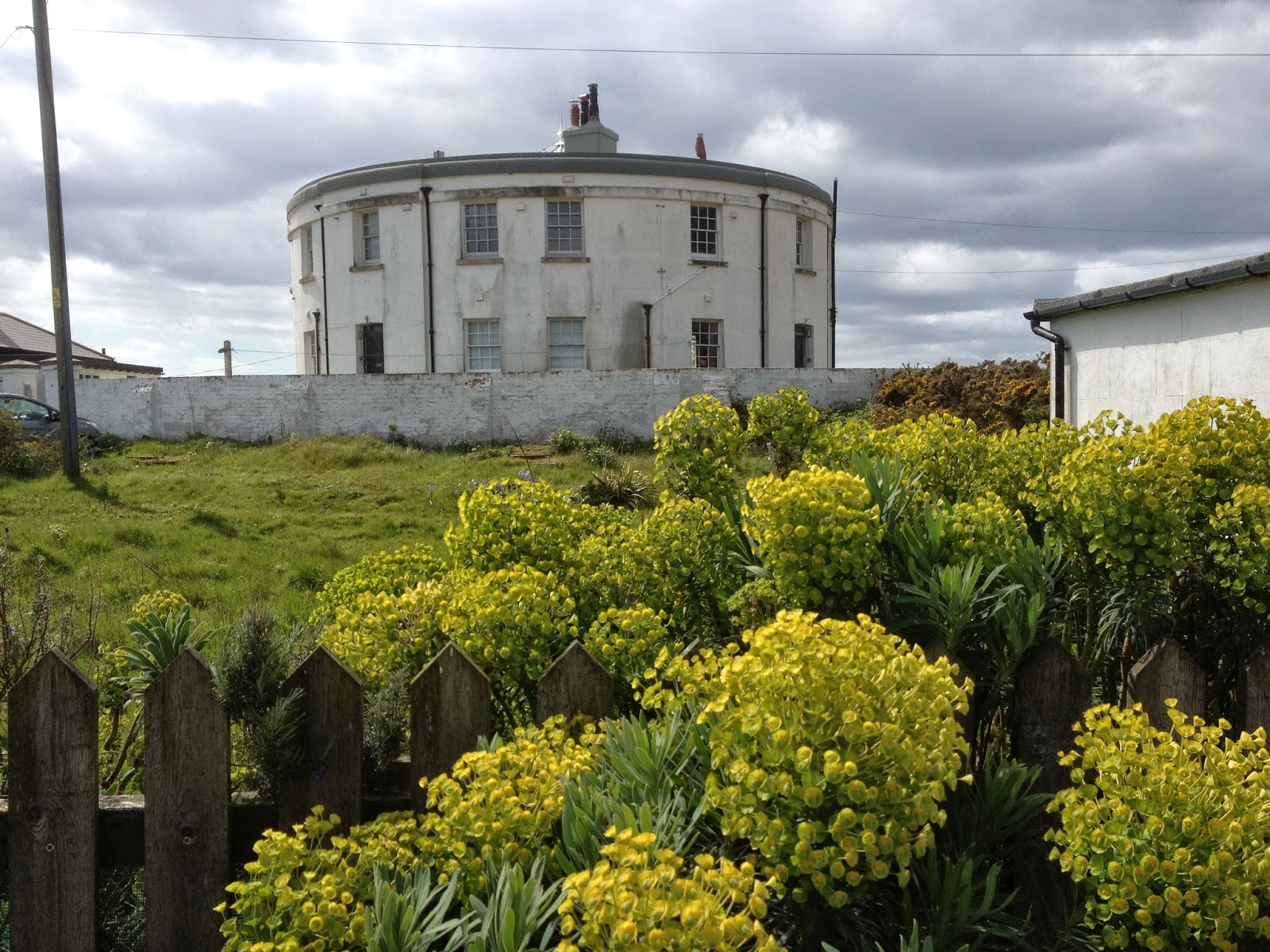 Katsuma on the picnic table. And looking through the round window. 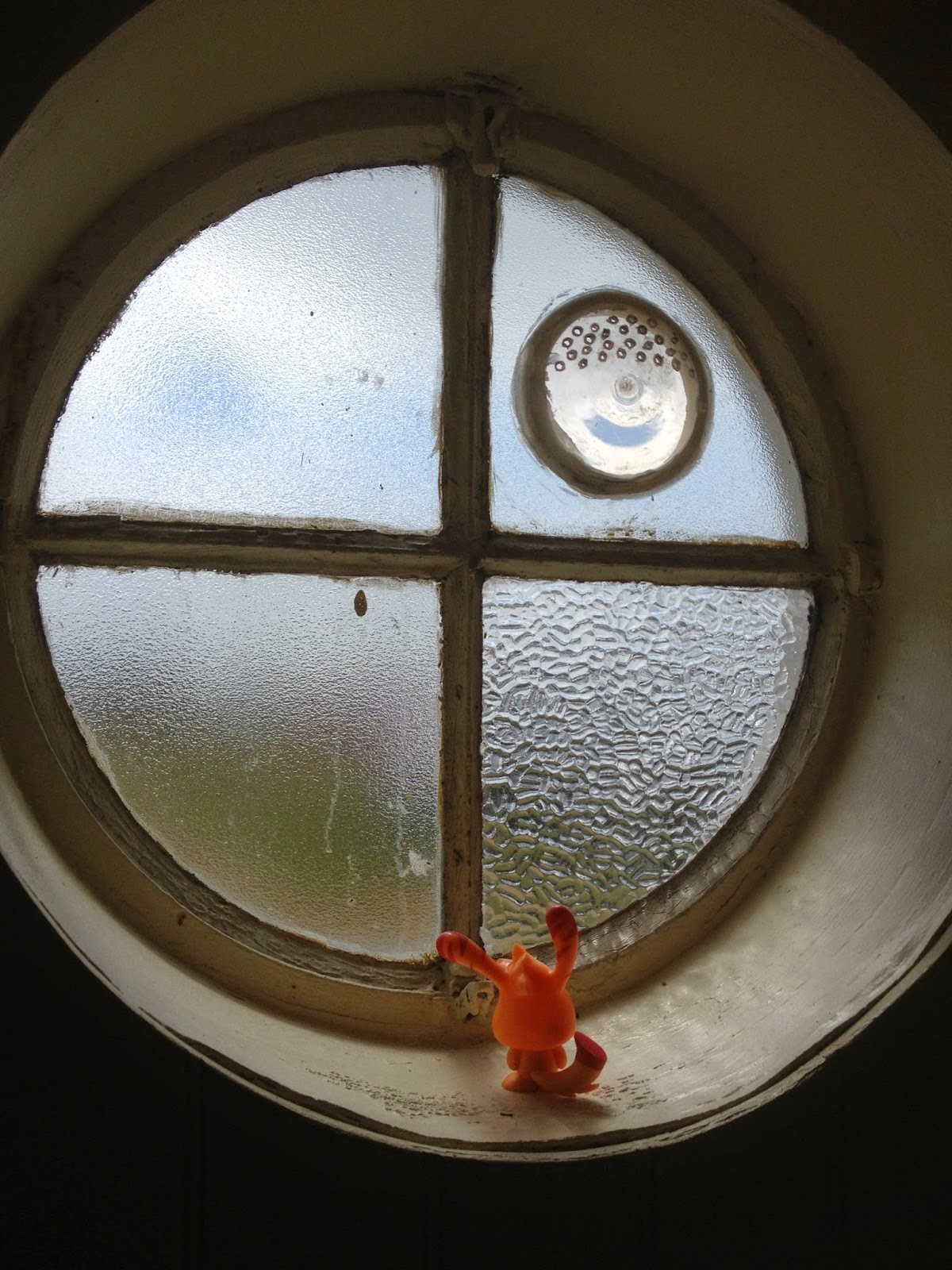 Those little anime characters have been around for a long time! I remember Erik collecting a few. The sea looks very cold!

I have been under the weather, had to catch up with your blog! So glad I did, it's a lovely blog! ALWAYS!

I can certainly see why you love to visit Dungeness. Makes me wish, as I often do, that we lived a few hundred miles closer to the ocean.

Looks like a place I would enjoy visiting. Katsuma is a lovely contrast to the more muted colours.