A couple of weeks ago I saw a picture of a crocheted cat basket in one of my crochet magazines. I thought 'I can do that!' so I did. I had trouble using my big crochet hook last time I tried, but worked out what I had been doing wrong. (Not using the main part of the hook which measures diameter, rather winding the yarn too tightly around the neck of the hook. 'Loosey Goosey Baby, Loosey Goosey'.) Three balls of wool and a couple of evenings later I had made this basket. It has two circles sewn together so it is very soft and spongy.
For at least part of the time I was making it I was watching the two episodes of 'Salamander', a great thriller/police series from Belgium. It has kept us going on Saturday nights since sometime in February. (Two episodes back to back) I loved it! The main character, Paul Gerardi, was a most attractive (in my eyes!) grey haired tough policeman  but with a soft side. It was quite hard hitting at times and kept the tension going for a large amount of episodes. Plus it was fun to hear the mixture of Dutch, French and Flemish which often sounds just like English. And to see the Belgian settings-a little like a mini break every Saturday night. 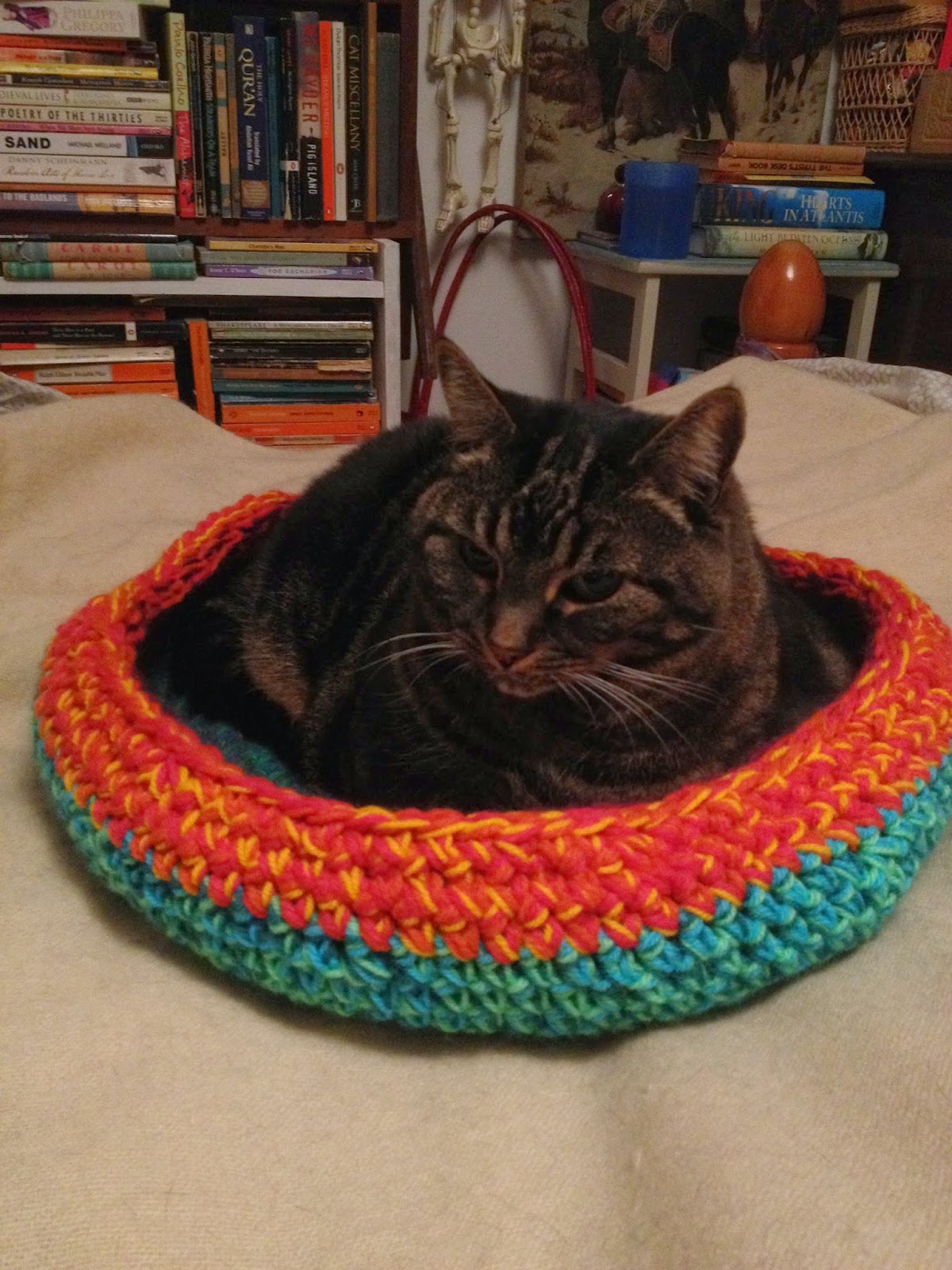 Tiger was the first one to take to the basket-almost immediately. 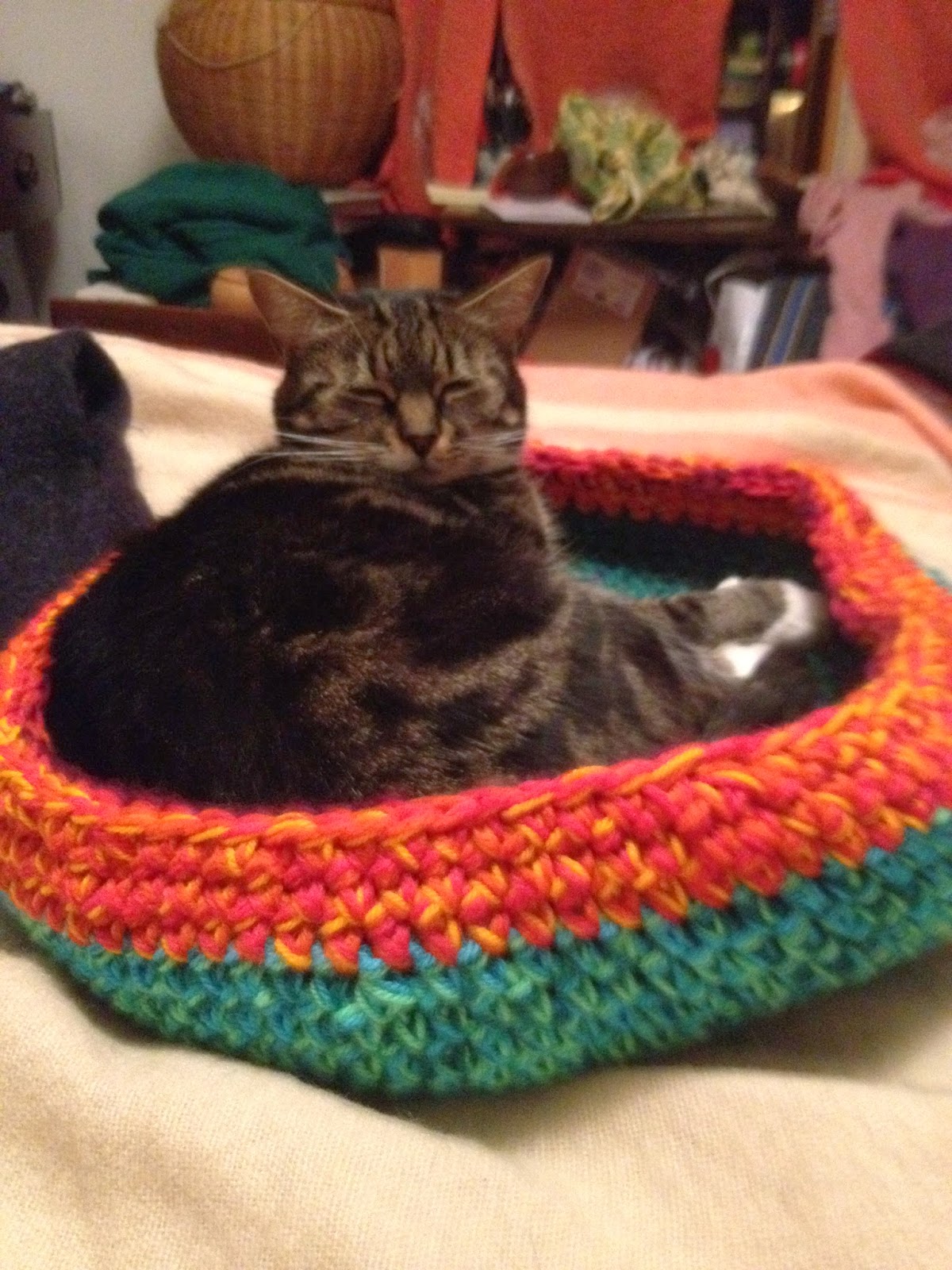 Cassie the next day and then Lily a week and a half later (she doesn't like change!). 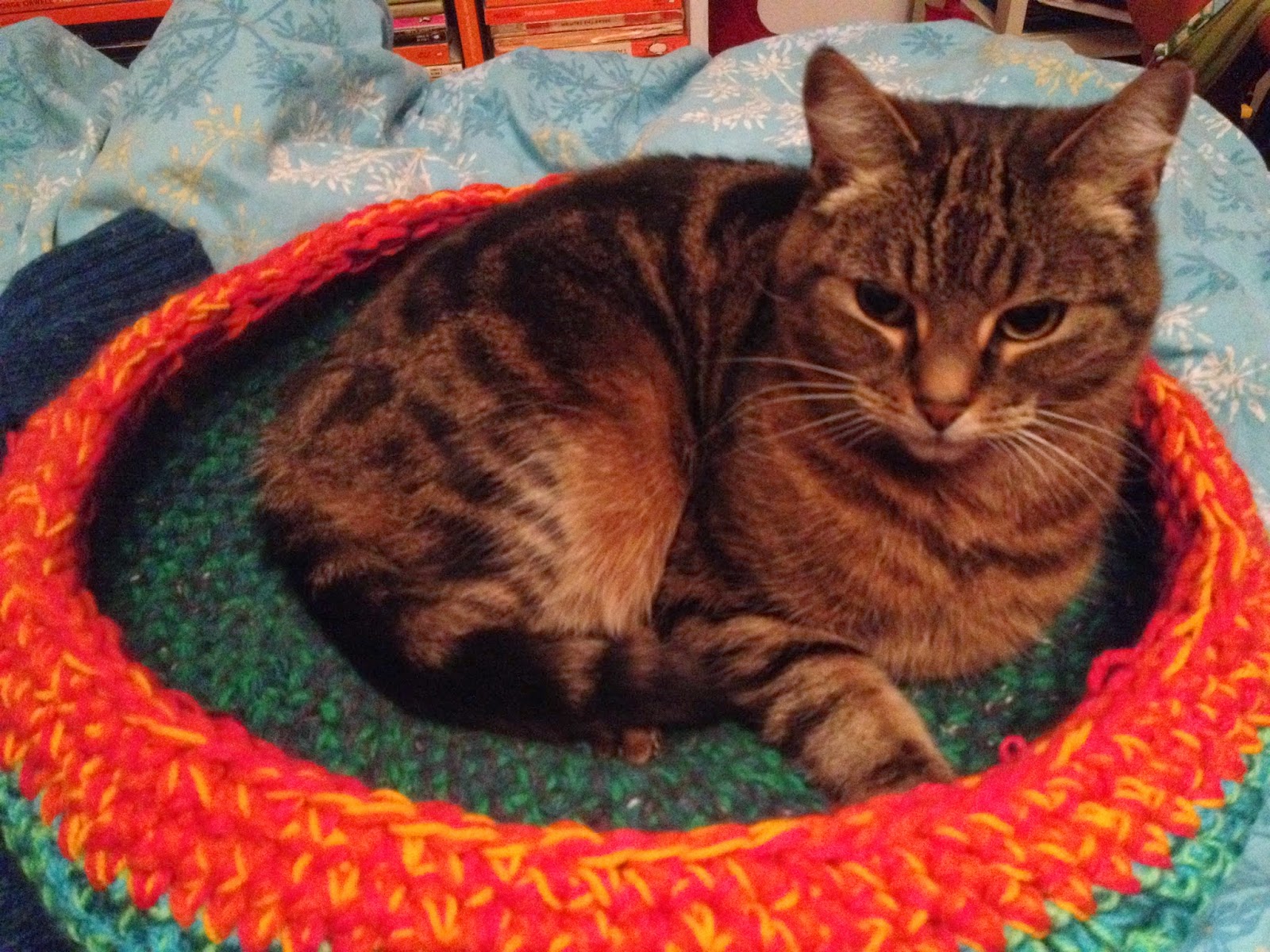 I have another one nearly made that I am going to send to my sister (who has five cats) and then I need to make two more so mine have one each. It is a great way to use up loads of yarn too. If you don't use chunky yarn then you need three or four strands of thinner yarn. I am back to rabbits now though. Knitting a little cardigan this evening for the newest one.
Posted by Sarah at 14:13

What a beautfful basket! I am sure you could sell them at craft fairs in different colours ! And the last picture is really sweet!

What a great idea, just purrfect for a cat. I would be at it forever if I started one for the dogs. They like to really stretch out and are the size of a person when they do.

Your cat basket looks so comfy and sweet.