The Adornment
It died in the end anyway.
I always try to save these tiny creatures, and sometimes it works. The one I found half-dead the other day just needed some water and fruit, and after a while, it must have revived because it was gone when I went back to check. There are more often failures than successes though. A creature may look perfect and beautiful on the outside, but inside be hopelessly broken. It makes me cry.
The most recent of the creatures I tried to help was the saddest. When I found it, I could see it was badly hurt, as it moved awkwardly and slowly, not with the normal fast grace of its kind. It managed to hide from me and I pretended that it would get better, and be gone when I looked for it, and I was glad, as I could not imagine putting an end to its life. A kindness perhaps, but not one that I would be able to perform.
Hours later, I realised that the creature was still nearby, hiding under a convenient structure. I felt remorse for leaving it to suffer for so long, and so, I picked it up and gently placed it in a small house. I put water near to its head, hoping it would be able to take a drink. I used the information systems of the world to discover the food it might like, and I tried to provide something suitable from what I had. I kept the creature away from the danger of predators, and hoped it was warm.
I did my best.
And then I watched it die.
I watched it with hope, which I imagined I saw reflected in its seemingly intelligent eyes. My hope was made stronger by the ability of the creature to move. Three times I had checked on it, and each time it had been in a different place.
I wondered how much it knew or understood of what was happening to it. Were the concepts of kindness and compassion possibilities in its mind?
Then, it died.
I made sure, hope surviving even then. I waited a long time. No Breath. No movement. I still waited, the weight of that tiny life too much to bear.
When I was sure, I lifted it, and placed it in an improvised shroud. I placed it on the ground, to become part of a new life. As I laid it down, its long hair blew across its face, and a tiny metal pin fell to the ground. When I looked closely, there was a sparkle from the gem so finely set into the end of the pin. I wondered at such tiny and insignificant creatures spending the time to make adornments for themselves, when mere survival was such a struggle. 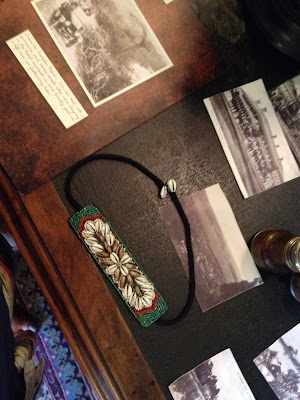 Heart-breaking.
How very fragile we are and how we must savor every moment.
Beautifully written.

Thanks for your story comment-I don't usually write stories and was almost a bit nervous about posting it as I just cannot judge something I have written, except that I liked it and it had been hanging around in my head for days. All based on tragic insect and mice events and empathy!

oh enchanting.
you struck my heart and left me wanting more...

Sarah, you write so beautifully. In reality , I feel very much the same way about all living things and often go to similar lengths. Your story brought tears to my eyes. You are blessed with writing artistry. You should pursue this other talent of yours. Have a good week! Ros

How did I miss this? You write with such empathy - this was a delight to read.