Since getting my permit from the Port of London Authority, which allows me to search the foreshore of the Thames, and dig to a depth of 7.5 cm, I have become a bit obsessed, and have brought home an awful lot of stuff. Some of it may go back into the river soon, in the location it came from of course. I have not found anything of great significance so far, and there seems to be less little bits and pieces to me than years ago when we used to search on the shore at Deptford. But then my eyesight is a lot worse then years ago! But I have found some interesting things, and a lot of rusty metal nails, bolts, washers and strips, some of which I have brought home as I love their weathered appearance and feel I can make something from some of them. A lot of this metal is from when the area had shipyards, and as well as making boats, they were also broken up there. I just love the oversized nails. I have lots of bones from Greenwich, as the shapes are fascinating. I think a lot of these are from when there were slaughter houses on this side of the river in the nineteenth century. Some bits of the shore are nothing but bones. I bought a book about the archaeology of bones, as I don't even know what most of them are. I have learnt about how the journey of a bone from living animal to archaeological remains is broken down and described, and that most vertebrate animals have very similar skeletons. I have made a mobile from one of the bones and am going to polish some of the rest as they are beautiful. Others may go back. I also have teeth! I love the sound they make when jiggled together in my hand. 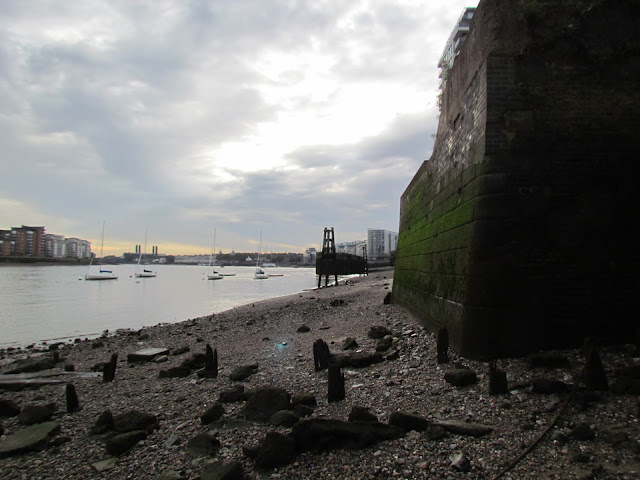 I have so far been to Greenwich, Bankside, (Where I found a clay pipe with a stem for the first time! I was very excited about that) Woolwich and Deptford. These pictures are from Deptford, and a few from Enderby's Wharf, further downstream from Greenwich, where I also went this morning. I was on the shore at Deptford at about 8.30, and stayed till about 10 which was low tide. The best thing about it was that it was a lovely peaceful walk, with only crows for company. I saw nobody else until just as I was leaving, when a man with a metal detector appeared. My favourite find there was the heel of a hobnailed boot, complete with nails. I also liked the small piece of china I found with a picture of a lighthouse on it. 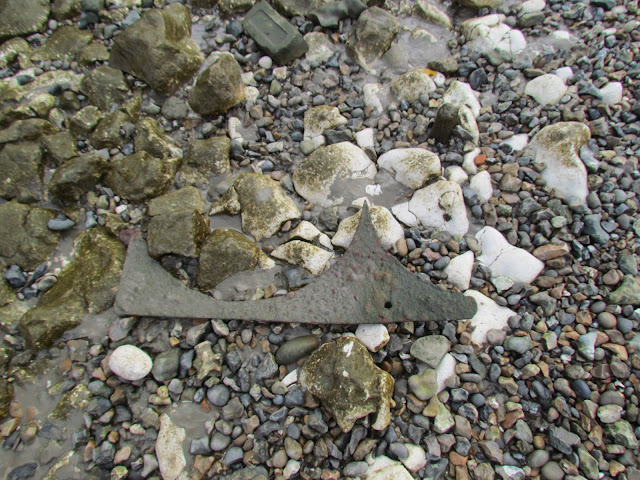 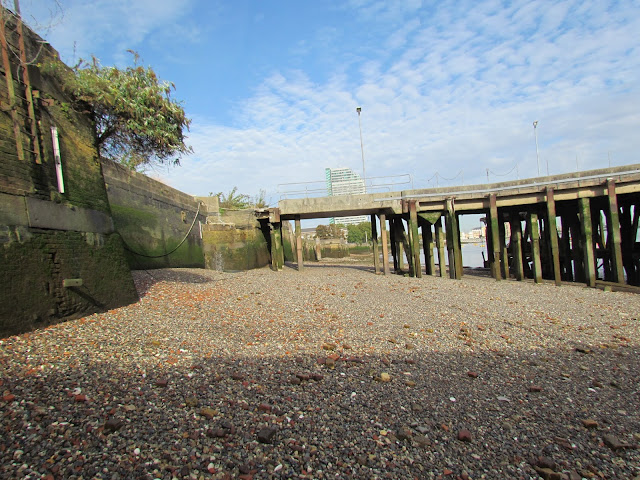 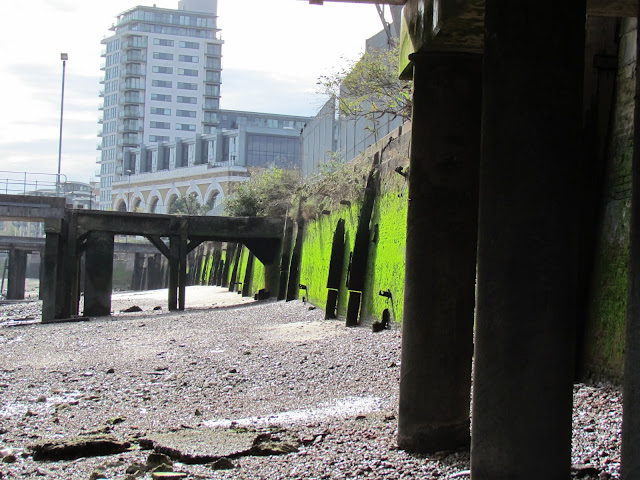 The sun on the weed made it this incredible emerald green. 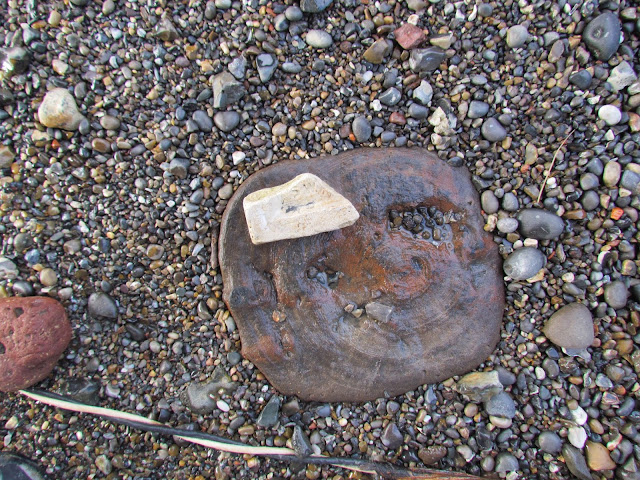 Piece of brick with my initials on it on top of a beautifully weathered wooden post. (Which looks like a face-see below) 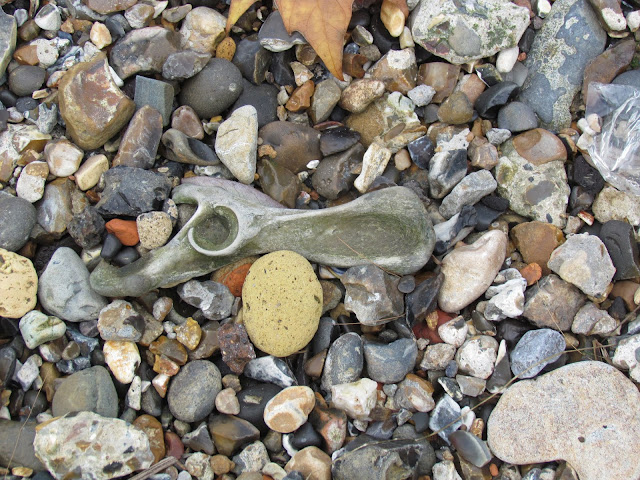 The thing I see most on beaches are faces-in everything. This piece of bone face stayed behind as it was damp and algae covered. 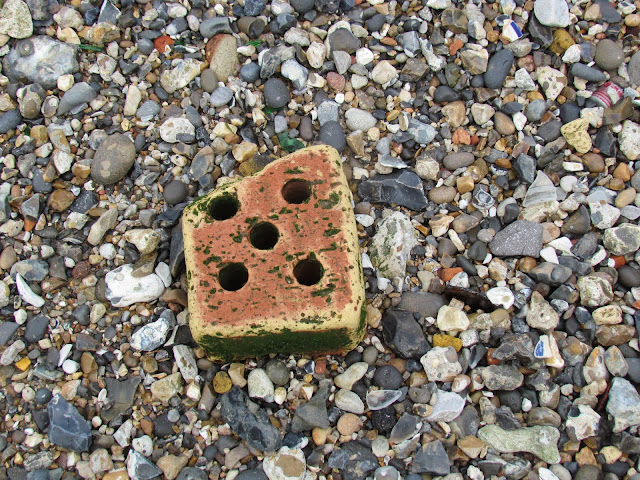 There are lots and lots of bricks, with many different patterns and manufacturers. 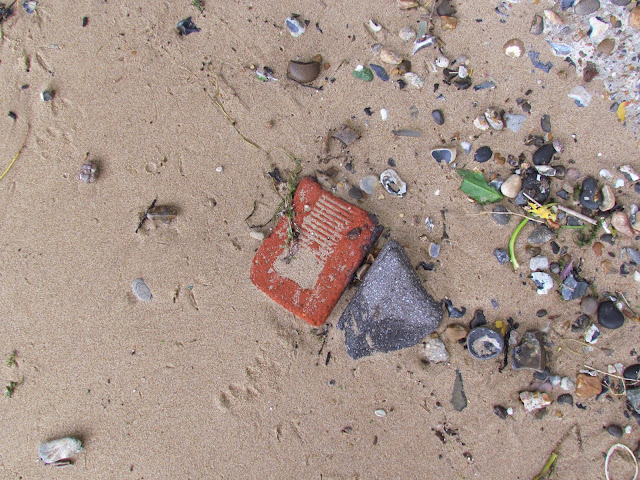 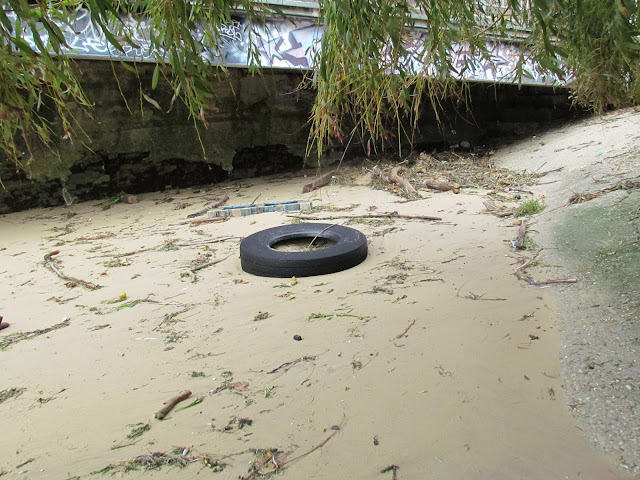 I like this piece of beach as it is quite open and has willow trees growing along the edge. 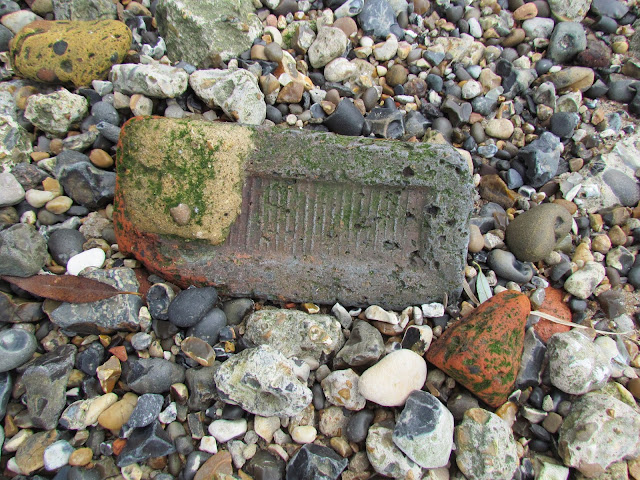 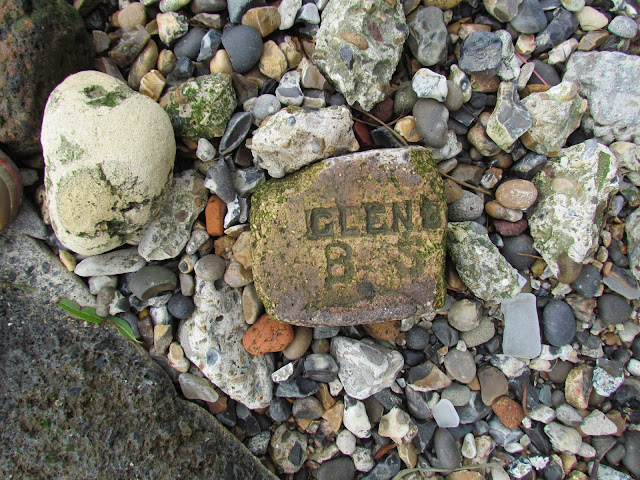 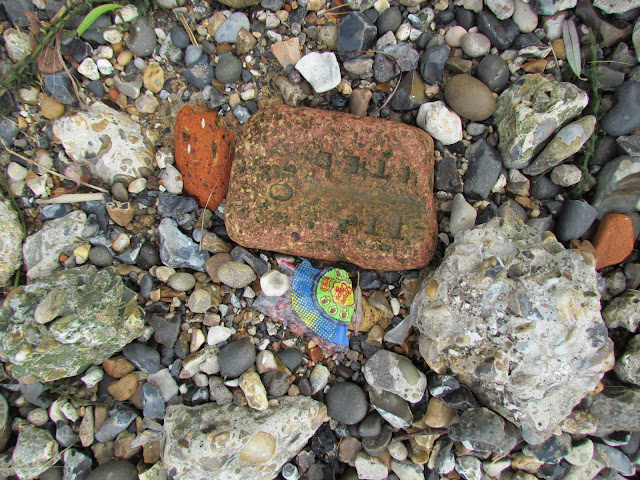 Will share some of my more interesting finds soon!
Posted by Sarah at 13:52

I want to see the piece of china depicting a lighthouse!