Snowflakes, Starflakes and letters from the Queen

It was not supposed to snow today, so I drove my car to work. It started to snow in the morning so I panicked slightly and rushed the car home at lunch time and zoomed back on the bus. I was glad I did as it snowed and lay in the afternoon. The roads were not too bad really but I was still happier on the bus! 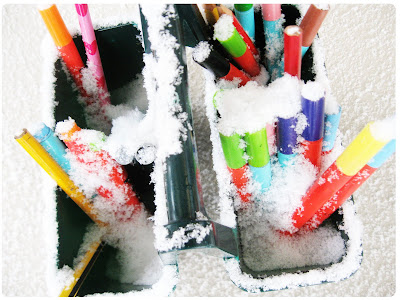 Everything was covered by the snow shower.

The colours of the pens looked good against the white. 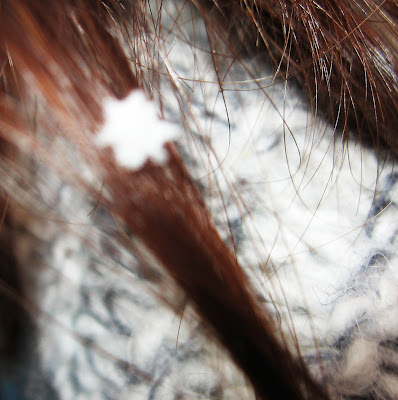 In the morning a starflake landed on my hair. Natalie and Caroline saw it and took a hasty picture!

The nicest surprise of the day was a phonecall from Ann in the office this afternoon saying I had received a letter from the Queen! Just in the nick of time a letter was sent back to Jimmy. And one to me. Both lovely letters I thought. I took Jimmy's round to his class in the afternoon and his teacher read it out. When she said who it was from he looked pleased-and seemed happy he could keep it! 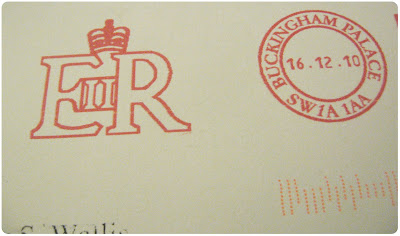 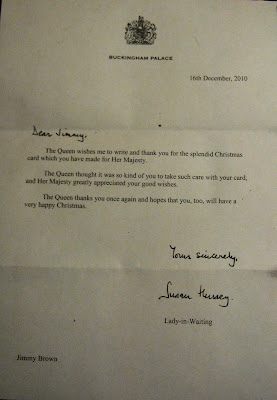 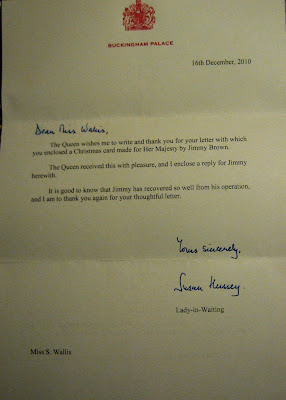 You might have to enlarge the photo to read them!
Posted by Sarah at 13:58

Labels: letter from the Queen, snow

You animations intrigue me. Amusing and unique--no matter if the fridge is a little empty. And hooray for Her Majesty and Her Lady in Waiting.

i was hoping she would write back!
just so cool!!!

the snowflakes were cool
and i would have rushed the car home myself...i do not like driving in the snow
and i get it all the time!

Well done Liz for sending a letter back via her Lady-in-waiting.

Love the snowflake. Hope you are keeping safe and warm, it is extremely hot here at present and very hard to imagine how cold it is over there.

How lovely for Jimmy (and you) to receive letters from the queen.

That is so cool! I am sure that made Jimmy happy!