One Night in Bruges

We set off from St Pancras early in the morning as the sun was rising... 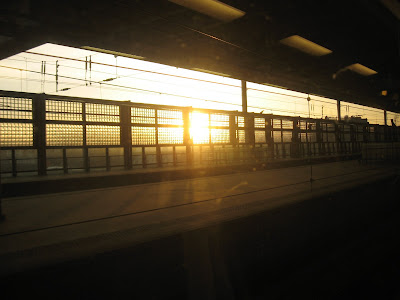 We arrived in Bruges some time later, having changed trains in Brussels. We dropped our bags off at our hotel and went for a wander. We saw beautiful stepped gable buildings. 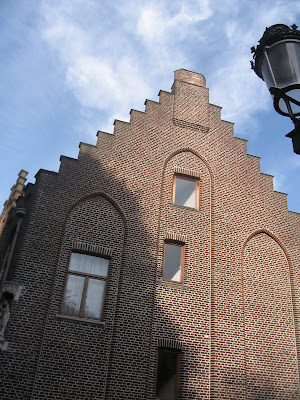 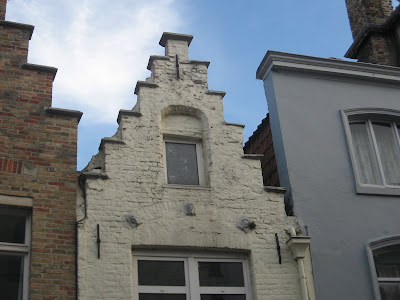 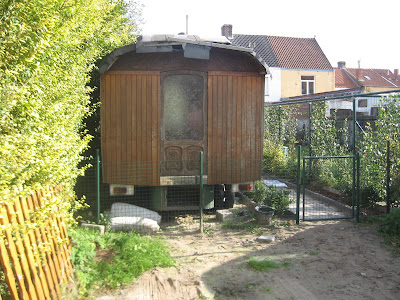 Then we stumbled upon this festival.... 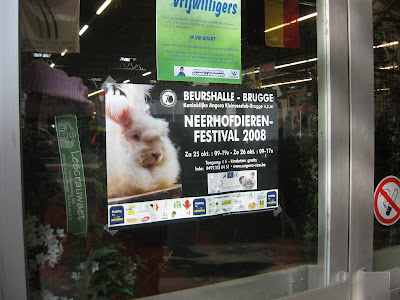 We were not sure what it was all about. As we looked round, scores of chickens and pumpkins confronted us. The pumpkins were quiet and well behaved but the chickens were extremely loud as they competed to see who had the loudest crow. (As I am writing this the news is on and, weirdly enough, it is about a cockerel called Basil who has had to move from his allotment in London to a farm in Northumberland as he is too loud for the neighbours!) 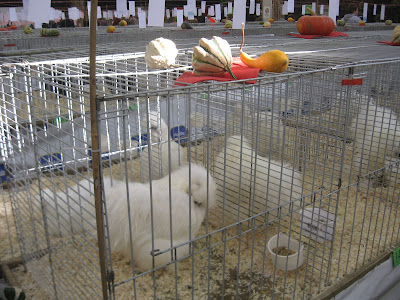 These white and fluffy chickens looked very pleased with themselves. 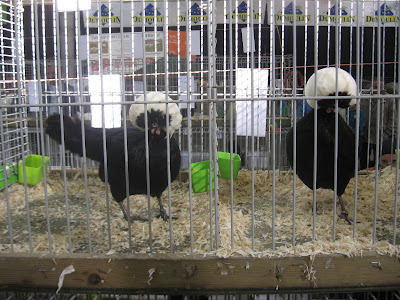 These two were my favourites-they were wearing old fashioned motorcycle helmets-they must have travelled here by bike. Very popular form of transport in Bruges. 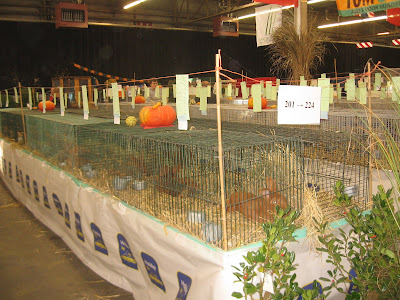 There were also lots of rabbits of all types, colours and sizes-so cute! I didn't take pictures though as I thought my flash might scare them. Though it might be hard to scare a rabbit who is bigger than a small dog. There were also mice and guinea pigs as well as a bar! Lots of artists were sitting around drawing and painting chickens. 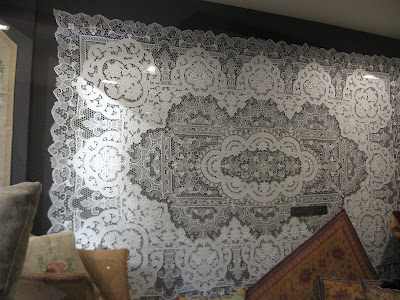 Lots of lace in windows. 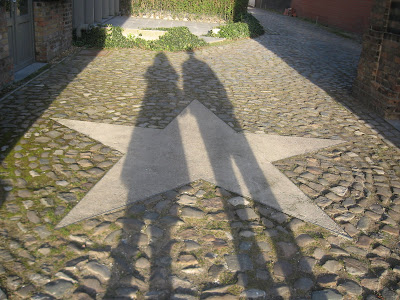 A star near the canal.
A boat all the way from Fowey in Cornwall. 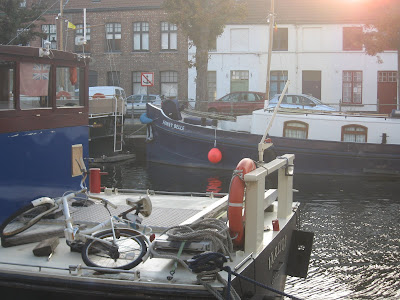 A strangely magical warning mirror-looks like a crooked other world in there. 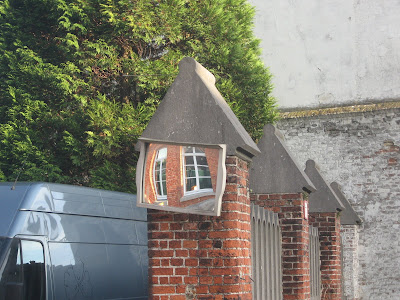 A tailor's sign-now it is a bistro named after the tailor. 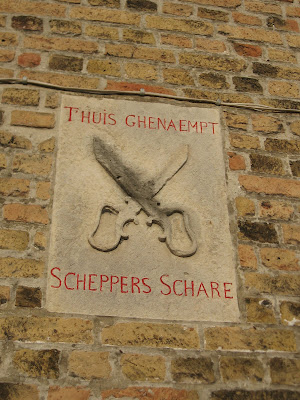 A cat I liked. 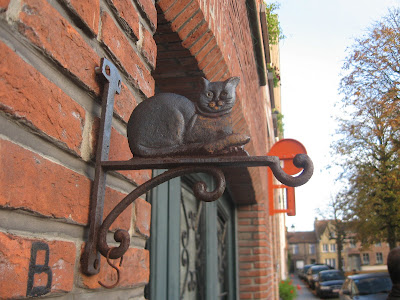 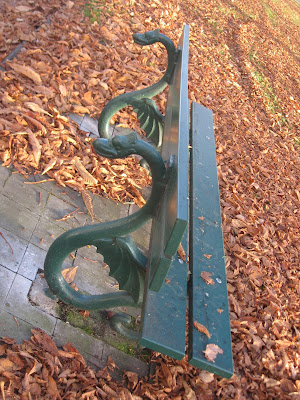 Salvador Dali's head on a plate! 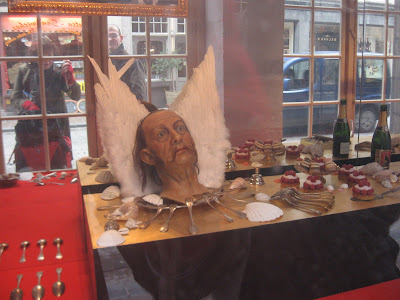 Massive champagne bottles-what are they called we wondered? We went in this bar. It had lovely cherry beer called Kriek-very popular -and a friendly, deaf, brown spotted Dalmation. 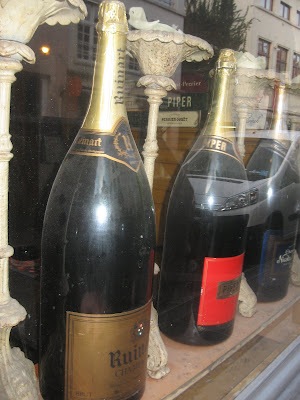 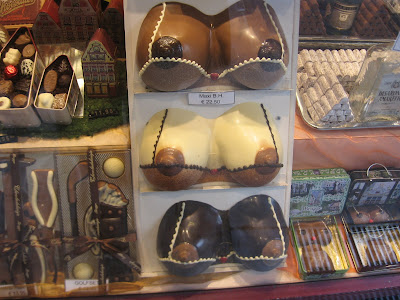 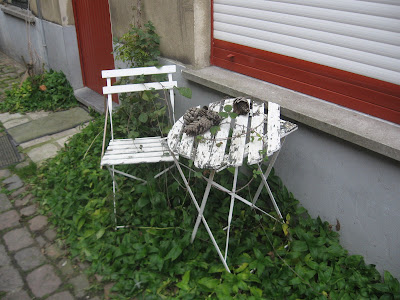 A doorbell on a school. 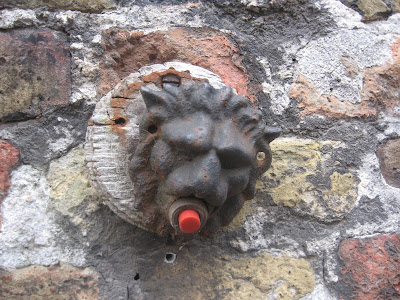 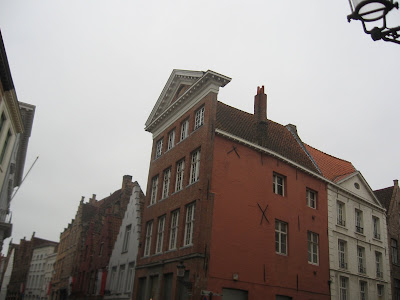 We really enjoyed our visit but will be back to see the many things we missed. It's a great place for just wandering around with no particular aim-just to see what you find. We kind of missed the major sights and museums though-hence the need for another visit-one night isn't long enough!
I have put two other posts of just photos. One of some of the many little shrines around the place and one of some of the beautiful doorways.
Posted by Sarah at 05:58

Gorgeous pictures! I am glad that you had such a good time. I would love to visit Europe again someday. There is nothing like it! I think what attracts me is it's age. The USA is still so young.

I was also in Switzerland (Lucerne) for 2 days. That is the most beautiful place that I have ever been. The Alps are gorgeous! I would definitely love to go back to Paris. I think now that I am older I would enjoy it even more.

fantastic!
only
i'm not quite sure how i've got by this long without a salvador dali head on a plate?!